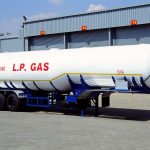 Liquefied Petroleum Gas is a hydrocarbon mixture consisting mainly of butane (C4H10) and propane (C3H8). The composition of the above mixture accounts for at least 95% by mass. At normal temperature and pressure LPG is in gaseous state, the gas is compressed to a certain pressure or cooled to a certain temperature from which LPG turns to liquid.

* Transportation: LPG is known as an alternative fuel to gasoline and diesel. Therefore, some vehicles are starting to use LPG to replace traditional gasoline, however, in Vietnam, the use of LPG as a transportation fuel is still quite modest. According to research, when using LPG, the car engine will run smoother, the noise will be lower. In addition, when using LPG for taxis, it will save about 25-29% of costs compared to running on gasoline.

* LPG is also used in power generation and petrochemicals.

Environmental protection: In terms of the environment, liquefied petroleum gas is a clean burning fuel, producing less CO2 emissions (about 20% – 50% less than heavy fuels). The LPG combustion process produces less particles and fine dust, which contributes to the reduction of the greenhouse effect. In addition, the use of liquefied petroleum gas as fuel can replace traditional fuels such as wood, coal and some other organic substances, which is a solution to reduce illegal mining, deforestation. forests, contributing to protecting the “green lungs” of the earth.

Easy to transport: Liquefied petroleum gas LPG is a gas that is easily liquefied and stored in large pressure tanks. It is this feature that makes LPG highly mobile, so that LPG is easily stored and transported to consumers in many places.

High applicability: LPG is widely applied in many different industries such as civil, commercial, industrial, transportation,….

The chemical composition of liquefied petroleum gas is mainly Propane and Butane (2 these components account for at least 95% by volume), so we can easily adjust the correct ratio of the fuel and oil mixture. air for complete combustion, so that LPG has clean burning characteristics.